Blurring the Boundaries – No.1

You might have noticed that I like the effect that blurring the image can create so I’ve decided to turn some of these shots into an occasional series. Here’s Number 1. It was taken on a bitterly cold December afternoon last year in Tianjin – a vast port city just 30 minutes away from Beijing on the new fast train. The subject was a rather severe looking military figure who strode past at speed in his great coat. See what you think.

Nothing sums up China’s economic surge and energy more than a ride on the new fast train service. And they have gleaming new stations to match. This was Beijing South as we headed out to Tianjin for the next stage of the visit to China.

It’s soaring pillars are more reminiscent of an airline terminal. As is the requirement to pass through security. 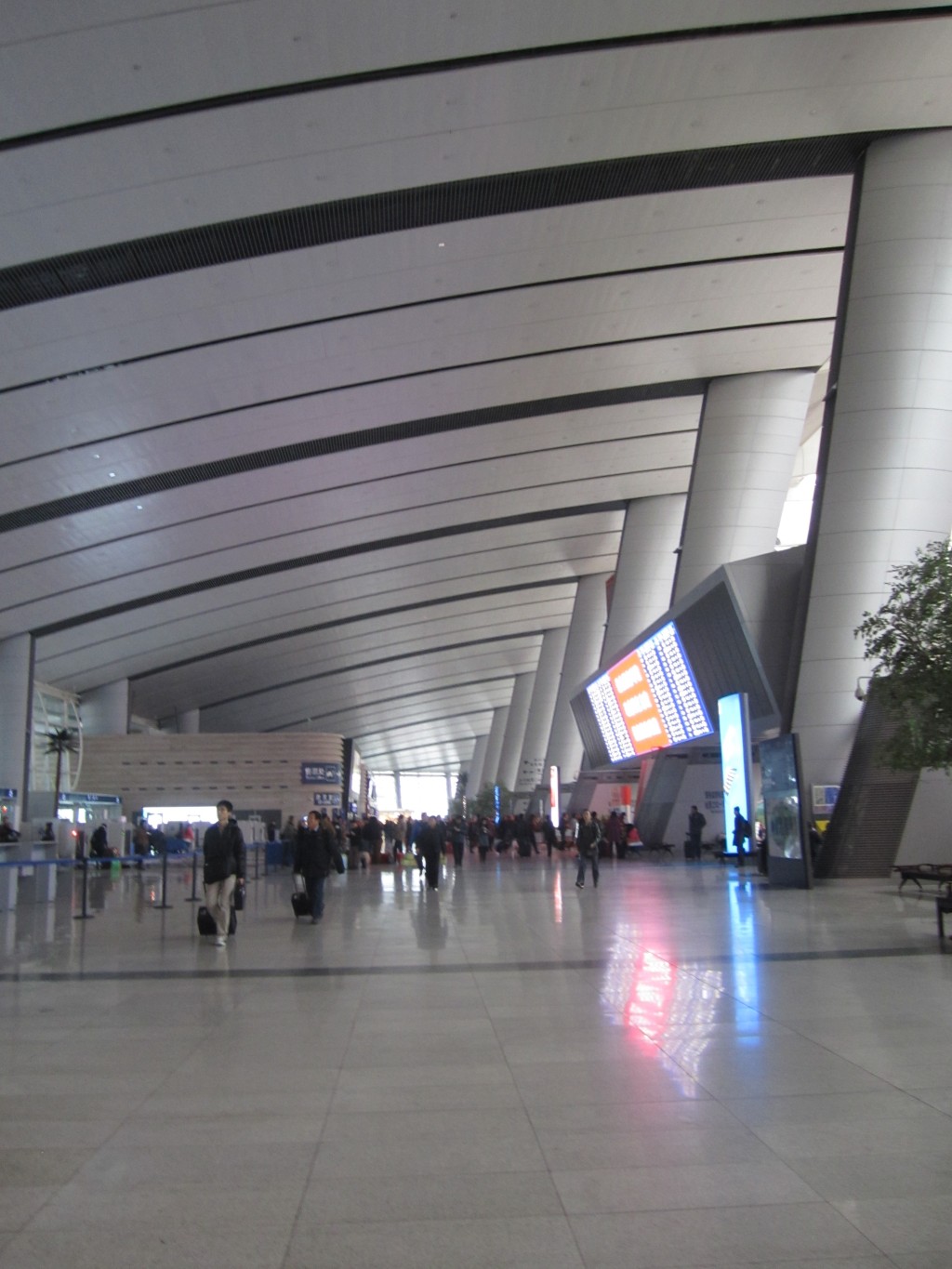 The station was filled with plenty of retail opportunities in luxury goods stores. Interesting places to eat too, and despite the formality of the greeting, more familiar than the more traditional dining in Beijing so far.

The lens on my camera was starting to misbehave at this point but I think the blurred effect adds to the drama of the stewardesses marching swiftly to the train.

Two days later and we’re heading down to Shanghai from Tianjin South Station. Here it is in the early light on a freezing December morning.

Hadn’t expected to need to wear a hat this morning. Certainly not inside the station. Apparently heating was optional. Does it show?

A warm cup of coffee on board and it’s next stop Shanghai. I’ll post some video footage of this amazing train later. 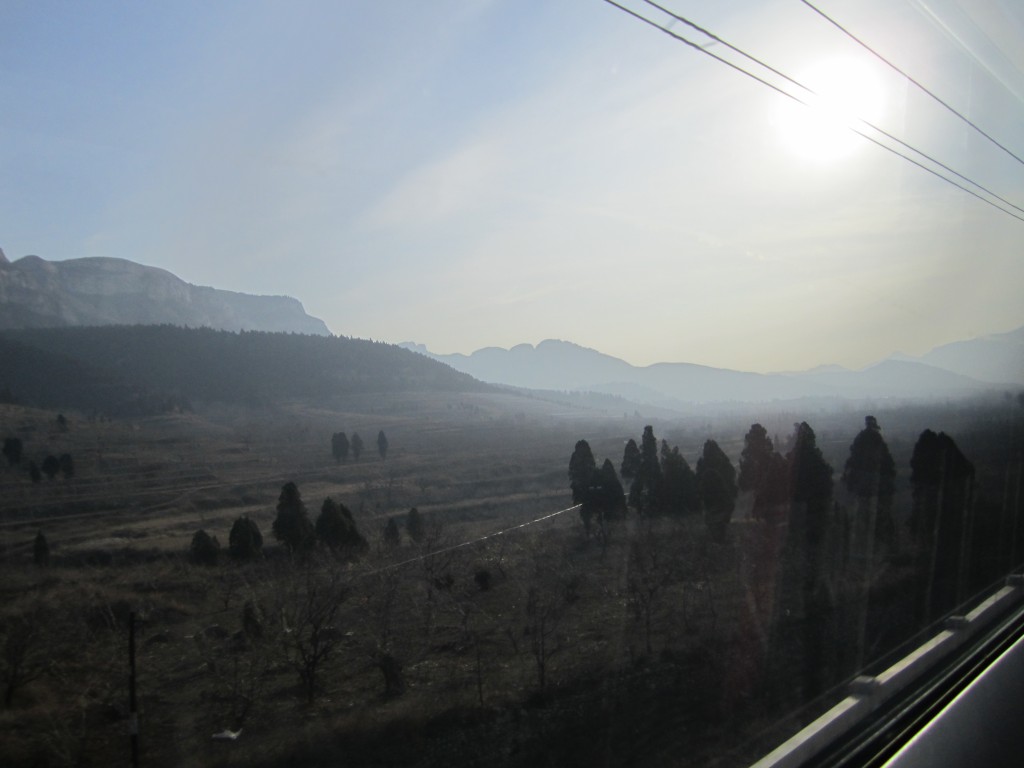 This train is so smooth and comfortable you could snooze all the way to Shanghai. 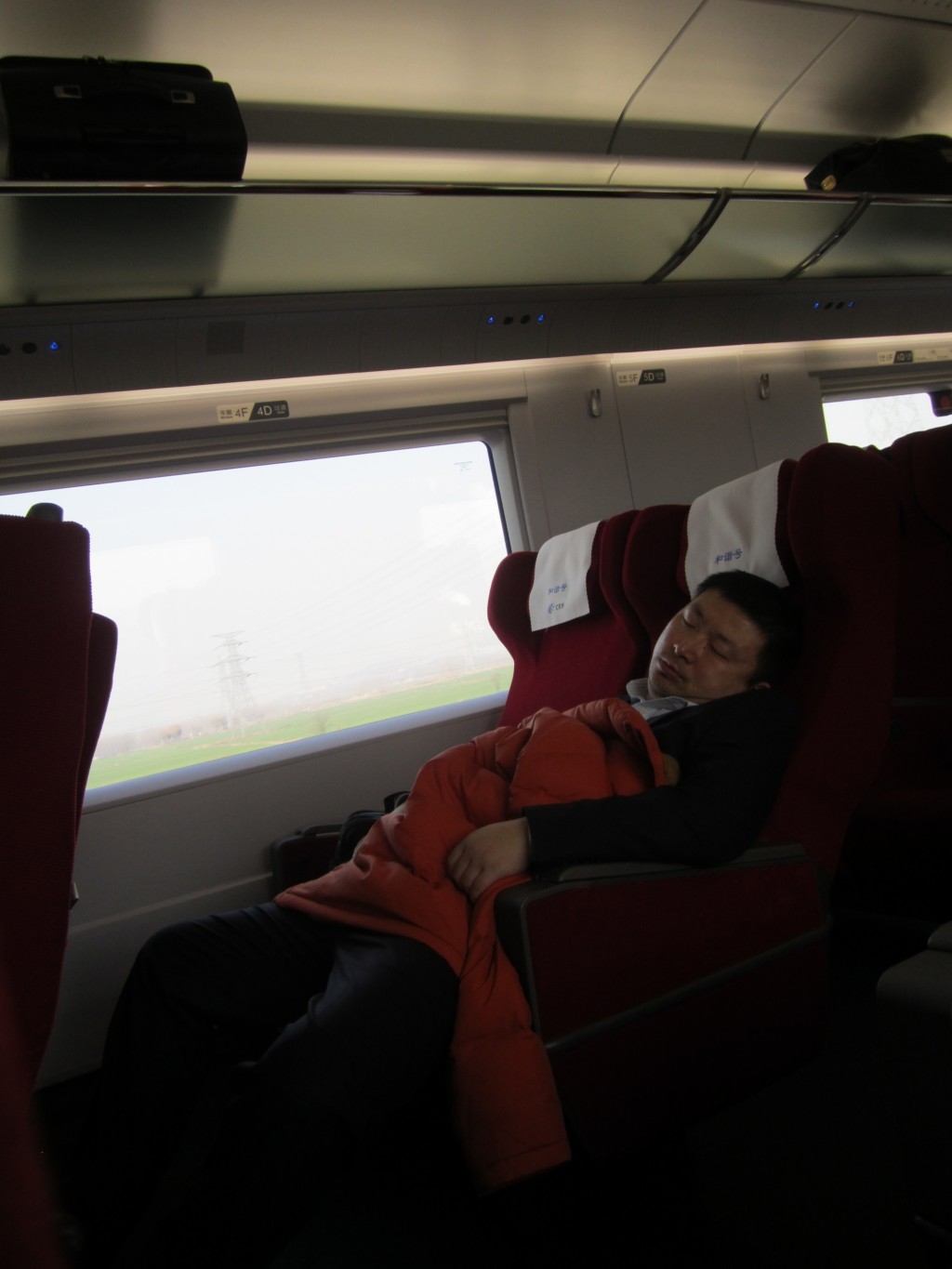 For all you train buffs, here’s one parked at another platform as we glided into Shanghai Station five hours later. Top speed 314km per hour!

An effortless journey was over.

Neon, too, at the station. Just the thing to prepare you for Shanghai itself! 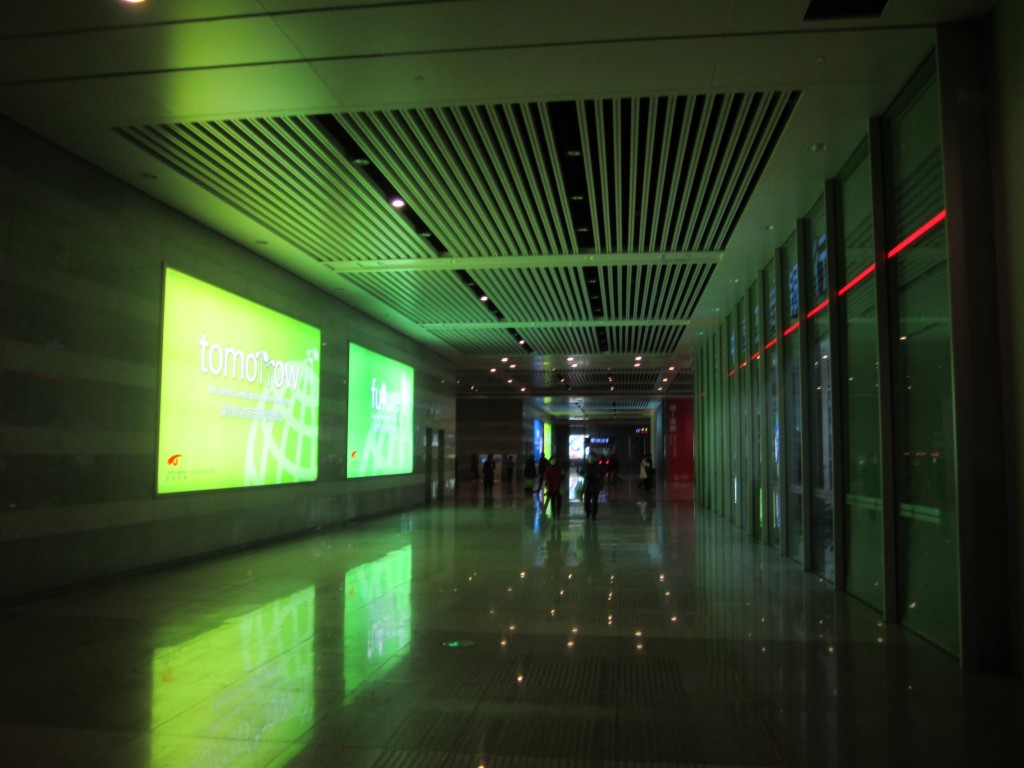 The thing you need to know is that my trusty Canon compact camera decided it had had enough of the sub zero temperatures of Beijing and Tianjin so that by the time it got to Shanghai, the zoom lens had given up the ghost. I wasn’t going to miss the amazing photo opportunity that is Shanghai, so bought myself a new camera – a Rollei 21 x Zoom. Now while the previous shot was taken on my Canon with the image deliberately blurred, this next shot is ever so slightly out of focus as yours truly gets to grips with his brand new camera! This is a shot of the top of my hotel – the Central Hotel – from a few streets away. Reminiscent of the Ridley Scott movie, Blade Runner, I thought. Incidentally, loving my new camera!

A few weeks ago, preparing for my first visit to China, I was shopping in Liverpool One. Excited to be heading off on such an adventure, but feeling a little sad that I was going to be missing out on the build-up to Christmas at home. But I needn’t have worried. Santa’s made a big impression all over China it seems, from Beijing, through Tianjin, and all the way down to Shanghai. I’ll be writing a lot more soon about the trip and including plenty of photographs, but for now, here’s a shop assistant in Beijing showing that the Chinese are really getting the Christmas spirit.

Red Hibiscus is off on his travels tomorrow. Liverpool to Beijing, via Amsterdam with KLM. Quite an itinerary that includes Tianjin and Shanghai.
Hopefully lots of photos to share when I return all being well in a little over 10 days.