From sea to shining sea …

To my fellow bloggers, friends and family in the USA – greetings on the 4th of July! Hope it’s a good one.

I can’t honestly say that I felt a spiritual surge with the approach of Christmas in China but they certainly know how to create the mood. Years ago – as a seventeen year old – travelling to New York and beyond to stay with family in the USA for Christmas for the first time, I remember the thrill and excitement of seeing Santa outside a local gas station shaking a large bell and waving to passing traffic. Not to mention the sweet smell of Christmas candles in large shopping malls. I’d left behind a frankly miserable mid-seventies Britain, dull and in the grip of civil and industrial strife. Christmas in the USA was a shot in the arm.

Crisp and efficient as you’d expect, customs and immigration were dispensed with easily enough, and soon we were pushing out into the stream of traffic heading into the city, past endless new developments. I was struggling between the urge to tune into Mandarin Chinese for the first time, or submit to waves of jetlag that were getting stronger and stronger the deeper we got into the traffic jam.

Snaking in via one or more of Beijing’s four concentric ring roads, I was soon checking in at the Qianmen Jianguo Hotel, my base for the next 5 days. A fine blend of the modern and traditional and with a warm welcome, I’d certainly recommend the hotel for anyone thinking of visiting. Here’s it’s website; http://www.qianmenhotel.com/en/index.html

It was in the hotel’s grand foyer that I first noticed China’s nod to Christmas. This was to be the first of many such nods that became ever more flamboyant, culminating in the commercial excitement that is Shanghai. After a day wandering around Tianenmen Square and strolling through the Forbidden City, a short bus ride and here was Christmas Chinese style, complete with the first of many enormous escalators that seem to reach into the skies. 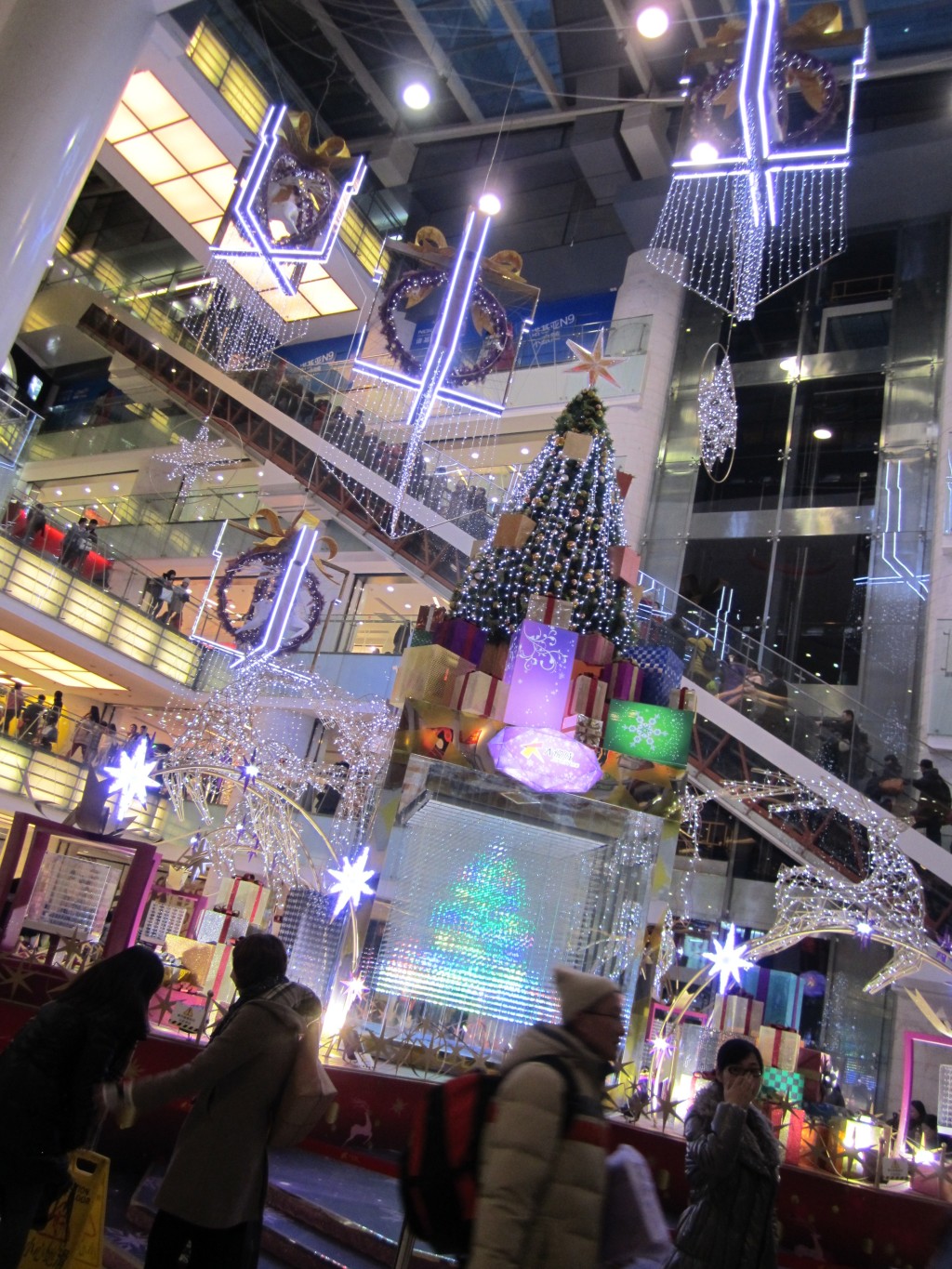 Someone suggested to me that selling is hard wired into Shanghai and it’s people. They certainly know how to sell Christmas … no expense spared. Recession? What recession? This neon Christmas card stood at least 60 foot high brightening a chilly Shanghai evening.

They do subtle too. Here’s one of several carefully placed poinsettia’s dotted around a development on the other side of town. This is the home of feng shui after all! 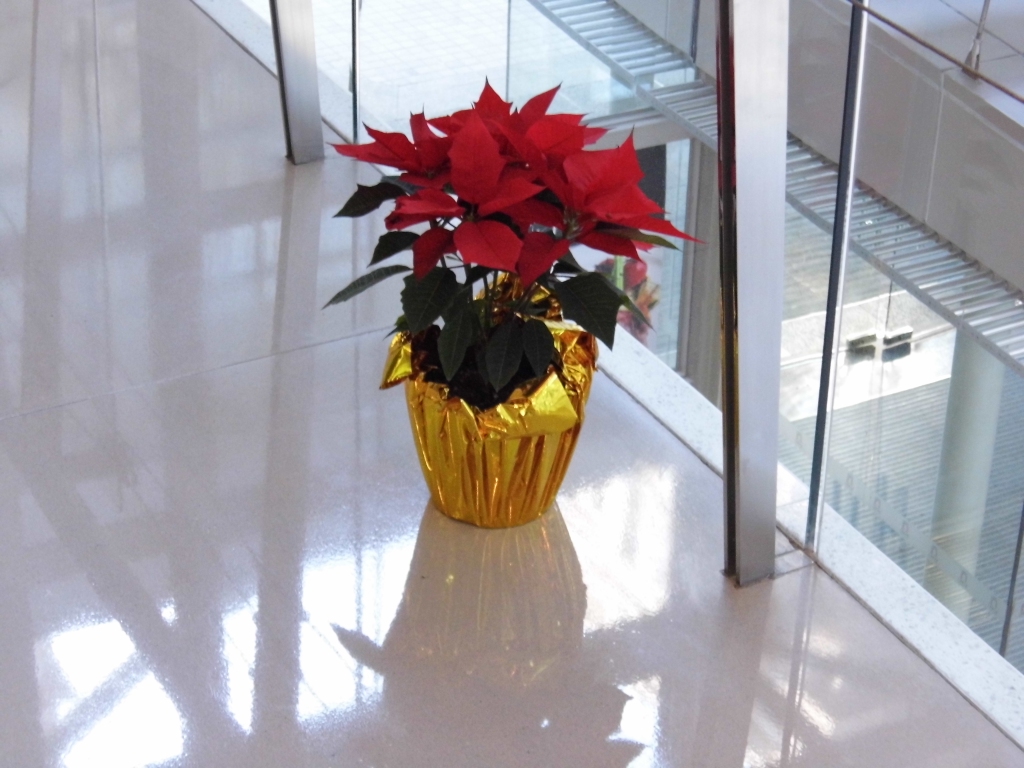 Nobody was sending Christmas cards that I could see. Soaps on Chinese television weren’t about to blow up the local pub  just because it’s Christmas either. But take a walk around streets and stores in Beijing, Tianjen or Shanghai, and listen to Chinese voices singing ‘Jingle Bells’ (in English), and tell me you haven’t got the Christmas spirit. Listening to ‘Silent Night’ can always squeeze out a sentimental tear or two from me, and this was no different hearing it sung a long way from home in the People’s Republic of China.

I’ve flown over the frozen landscapes of Mongolia and Kazakhstan and north of Moscow. It’s good to be home. Although I still check to see what time it’ll be over in China … eight hours ahead! Might sound an odd thing to say, but a chilly trip to China has really brought back the spirit of Christmas for me.

Merry Christmas everyone. And a Happy New Year!

It’s Thanksgiving Day in the USA tomorrow. So that means turkey with all the trimmings and pumpkin pie to follow. Not forgetting the first heavy snows of the winter, too. Here in the UK we’d grown used to snow-free winters but all that’s changed recently. I even bought my first pair of Uniqlo long johns last year! This post is a visual celebration of what last winter had to offer. 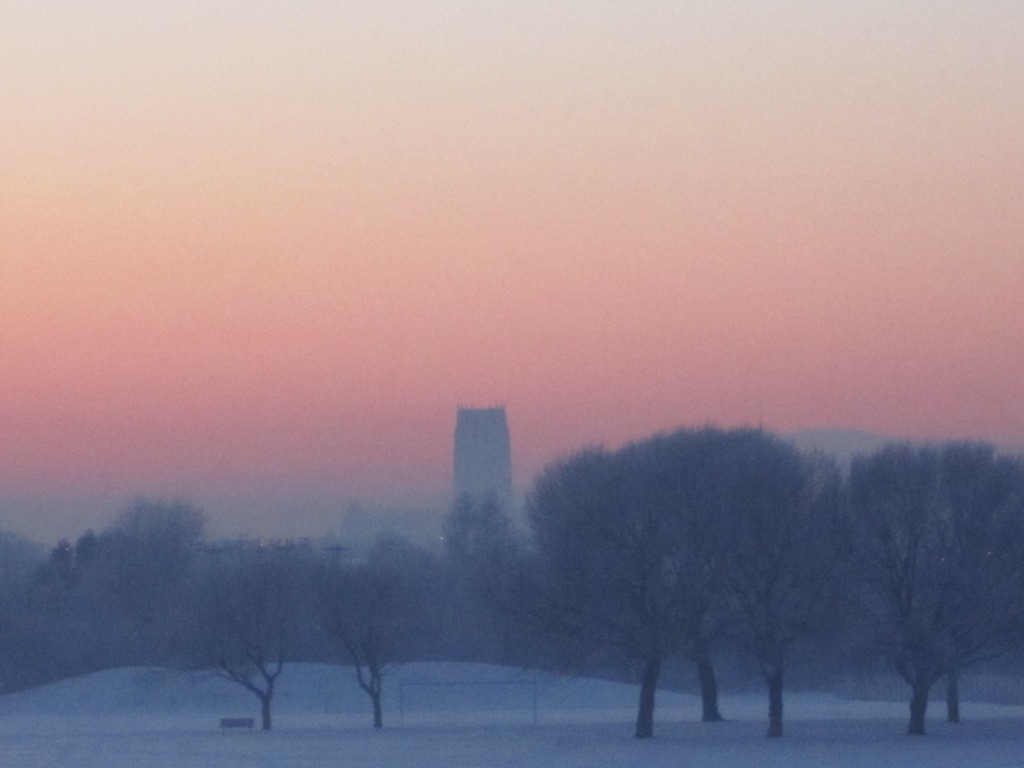 Here’s Liverpool’s Anglican Cathedral in the twilight, while below are shots of nineteenth century Falkner Square, also in Liverpool.

The Bluecoat Chambers in the city also took on a wintry feel. Now a thriving arts centre, it started life in the early eighteenth century as a charity school. 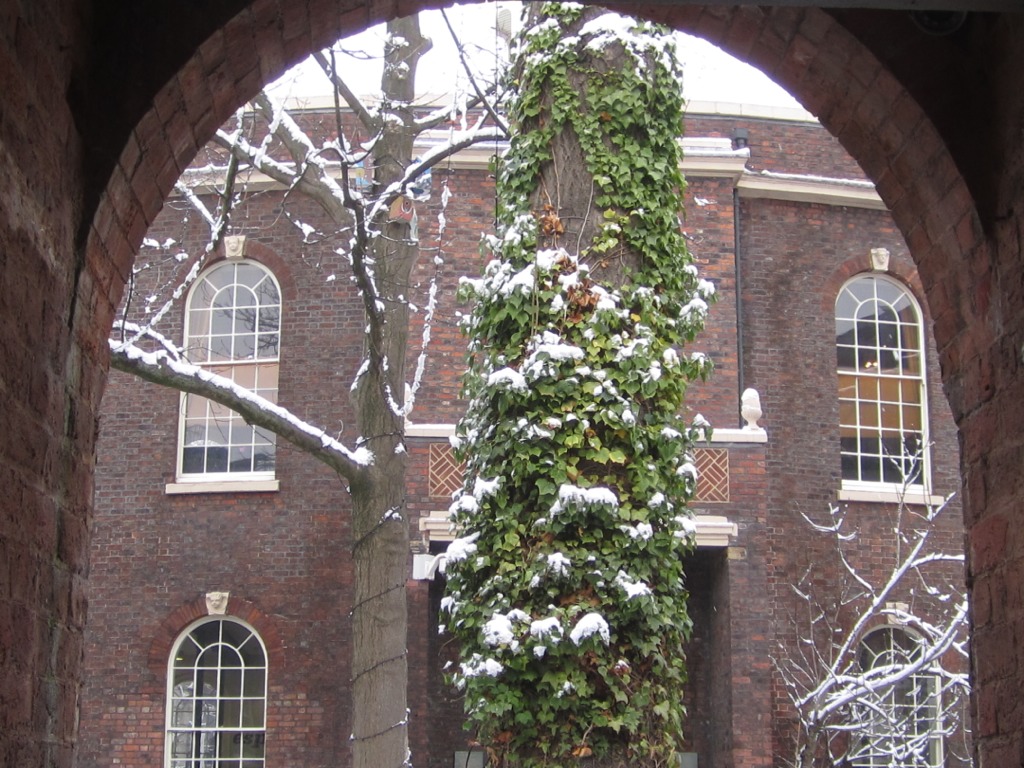 Meanwhile, out in the suburbs, Calderstones Park really was a winter wonderland. 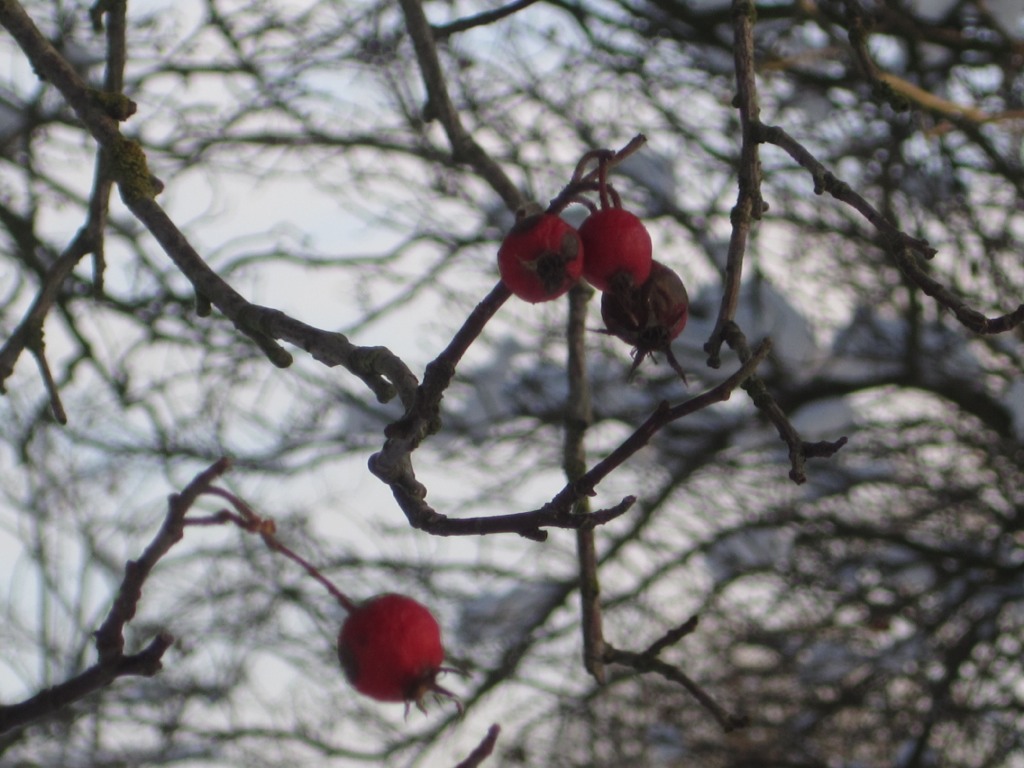 Behind the Red Hibiscus

You can now find out a little more about me as I’ve begun to assemble my About page. I’ve really just focused on travel for the moment, but I’ll be adding more in due course.

I think I’ve managed to cover Australia, Southern Spain, Chile and Peru, the USA and the Pacific Steamship Navigation Company and the good ship MV Essex.